Outside the Wire is the first action film from Netflix this year and it has such a great concept. The film has a nice balance exploring robotics and how the mechanics can fit in with humanity. The story is about a drone pilot being sent into a warzone, where he finds himself paired up with a top-secret agent, who turns out to be an android. In typical sci-fi war film fashion, they must stop a nuclear attack. The big draw is the android being able to regenerate its skin to appear human. The concept may sound far-fetched but realistically we do have the resources to create androids and other robotics for the sustainability of the human species.

The moment the film begins you are transported into the warzone, the opening credits resemble a first person shooter game like Call of Duty, which set the tone for the film. The first 20 minutes are filled with action and it shows the state of the world in the near future with grey areas regarding soldiers and robots combined. We are introduced to Lieutenant Thomas Harp (Damson Idris) who causes some serious damage as a drone pilot and is sent to a different sector. There he meets the Captain, named Leo (Anthony Mackie) who is an android military officer. Together they must stop a Russian extremist group from a nuclear attack.

What I enjoyed the most was watching Anthony Mackie own the screen. I can’t help but wonder when or if we are going to see him lead a Captain America film of his own one day but he proved in Outside the Wire that he truly deserves it. There are moments, specific lines like “I could do this all day” that really hit me when watching this film. Mackie is a star and people need to start recognizing that. He has proven himself time and time again. He deserves more leading roles that highlight how talented he is.

In all honesty if it weren’t for Anthony Mackie’s on screen presence and his great chemistry with Damson Idris this film wouldn’t have been as fun or interesting. It is a very generic action film that has a messy script, even though the story is pretty straight-forward. The action sequences were choreographed fairly well but nothing really stood out until the final standoff. The film has its moments but it is ultimately a chore to sit through. The middle does drag a bit and the military jargon is thrown around making it hard to understand what’s happening.

If you enjoy your sci-fi war zone action flick then this is definitely one you will enjoy! Check out Outside the Wire on Netflix January 15th.

I don’t even know where to start…

The Gentlemen is Guy Ritchie at his best. There is plenty of foul language, the dialogue is perfectly written for his cast and there are action scenes that are unique to Ritchie’s style.

The story is a bit hard to follow at first because of how disjointed the narrative is. There were too many players in this game and I wish their characters were developed a bit more, in order to understand who they were. The story needed a bit more work, I felt there wasn’t enough flow from scene to scene. I got lost in trying to figure out why a character was needed at certain moments throughout, rather than focusing on the scene unfolding in front of me. The action was great but it also wasn’t enough for a Ritchie film, so I was left unsatisfied in that department.

The best part of the the film was the dialogue for each character, the cast was excellent and really delivered particular lines quite well. The STAR of this film was definitely Hugh Grant. I’ve always been neutral towards him as an actor but after watching this, I’ve found a new appreciation for him because he was hilarious. Grant’s chemistry with Charlie Hunnam carried the first half of this film and they were both great.

Then when Colin Farrell came on screen, he OWNED it. Every scene he wasn’t in was a personal attack against me. I wish Henry Golding had a bit more to do, his character had potential and I wanted so much more for him. Lastly Jeremy Strong and Matthew McConaughey kind of flew under the radar, they had strong performances and their chemistry was solid but it wasn’t enough.

@ Guy Ritchie, we need ya for Sherlock Holmes 3 bruv… thanks. 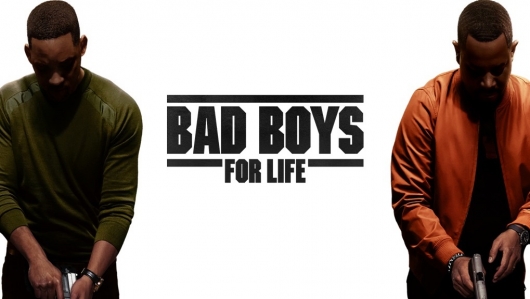 Preface: Earlier this week, I decided to watch the first two instalments, in order to prepare myself for this one. In doing so, I finally understood the cultural significance and the definitive mark they have made in action movie history. There was the birth of the Michael Bay aesthetic and the dawn of a new action/comedy duo, who will always have our hearts.

After 17 years of waiting, Bad Boys for Life solidified the impact Will Smith and Martin Lawrence have made on a generation. Their effortless chemistry elevated the content and the story was written perfectly for them. I always find that the “one last ride” aspect in any film, always holds much more weight because the stakes are higher and the appreciation for one another is realized. Smith and Lawrence have such a unique dynamic and I’m almost saddened by the fact that we haven’t gotten 9 more of the Bad Boys films.

Bad Boys For Life is also going to be a tough action film to beat this year because of how perfected the action scenes were, while still adding humorous moments and because of the story. The co-directors, Bilall Fallah and Adil El Arbi, revived a franchise by taking what Michael Bay presented all those years ago and integrated their own, thus creating an entirely new piece for the action genre. Many thought that the action sequences in Bad Boys 2 could never be topped but due to the advanced VFX and technology, it was most definitely possible.

The experience I had watching this film will be something I’ll always treasure because of the laughter that was shared among everyone in the theatre. Similar to a moment I had last year, while watching Knives Out – two entirely different films- but I caught myself feeling the same way. They used the history of this franchise and pulled at the heartstrings, causing so many twists and shocking moments. The crowd was animated because everyone feels like they’ve known Marcus and Mike forever.

The connection between Lawrence and Smith is truly unmatched, they were so natural and there was a comfort between them that came through in their characters, even when they were yelling at each other. Will Smith has always been great and will continue to be great, I’m just happy he finally chose a film that was worthy of his many talents as an actor. It’s almost like Smith went back to his roots and it worked. The one person, who truly doesn’t get the credit and should have gotten more recognition the past twenty years, is Martin Lawrence. His comedic timing is impeccable and I found myself laughing at every single thing he did because he’s THAT good.

Bad Boys For Life will pull on the heartstrings, definitely make you laugh and shock you until the very end. It’s a great film to start 2020 with so round up your crew and go have a great time this weekend.

“#Morpheus (#TomSturridge) meets #LuciferMorningstar (#GwendolineChristie), #JohannConstantine (#JennaColeman), and #DrJohnDee (#DavidThewlis) along the way. Each of them knows the whereabouts of one of his three objects, and they handle things in different ways. Christie was an absolute delight to watch as Lucifer and the perception of the archangel is different than any other adaptation. Coleman and Thewlis had their designated episodes that added another layer to the human values versus the fantastical elements presented in all #NeilGaiman projects. It feels like a rebirth for Dream halfway through the season, which helps audiences get to know his past and his character in a different way.”
#FBF Nothing like downtown adventures for churros and a movie at @tiff_net w my sissy ♥️💫
“The reason why #Prey works as a prequel is because of how simple the story was. It wasn’t overstuffed with political jargon that is linked to the government. It felt like an open world with survival mode on high for these characters. Also, it bodes well that the highly skilled warrior is a woman and #AmberMidhunter did a great job carrying the film alongside her brother and the rest of the tribe. It just felt like the most natural form of storytelling for a predator film. Naru is highly skilled in tracking and they utilized that when going out into the wild trying to find their friends. The tension that was built throughout, just by them walking through the forest was really strong. The score and sound design also helped amplify those moments of nervousness from Naru. It was so well-paced because of the instincts and pathway to tracking the alien.”
“After random objects falling from the sky result in the death of their father, ranch-owning siblings OJ (#DanielKaluuya) and Emerald Haywood (#KekePalmer) attempt to capture video evidence of an unidentified flying object with the help of tech salesman Angel Torres (#BrandonPerea) and documentarian Antlers Hols (#MichaelWincott). The story is quite simple and instead of telling a complex, layered, and symbolic story like his previous two films, #JordanPeele kept it at the surface. That’s not such a bad thing when the direction and camerawork carried the movie through those suspenseful moments. Peele and cinematographer #HoytevanHoytema kept the audience on their toes with the placement of the camera. The images within the frame and how the camera moved during certain moments made the audience feel like they were in the movie.”
#NopeMovie drops tomorrow in theatres and I had the opportunity to go to an advanced screening yesterday! @universalpicturescanada @alliedglobalmarketing
#TheGrayMan is another miss for the #RussoBrothers as they have lost their touch directing action scenes. If you want to kill 2 hours on #Netflix this weekend,
Loading Comments...