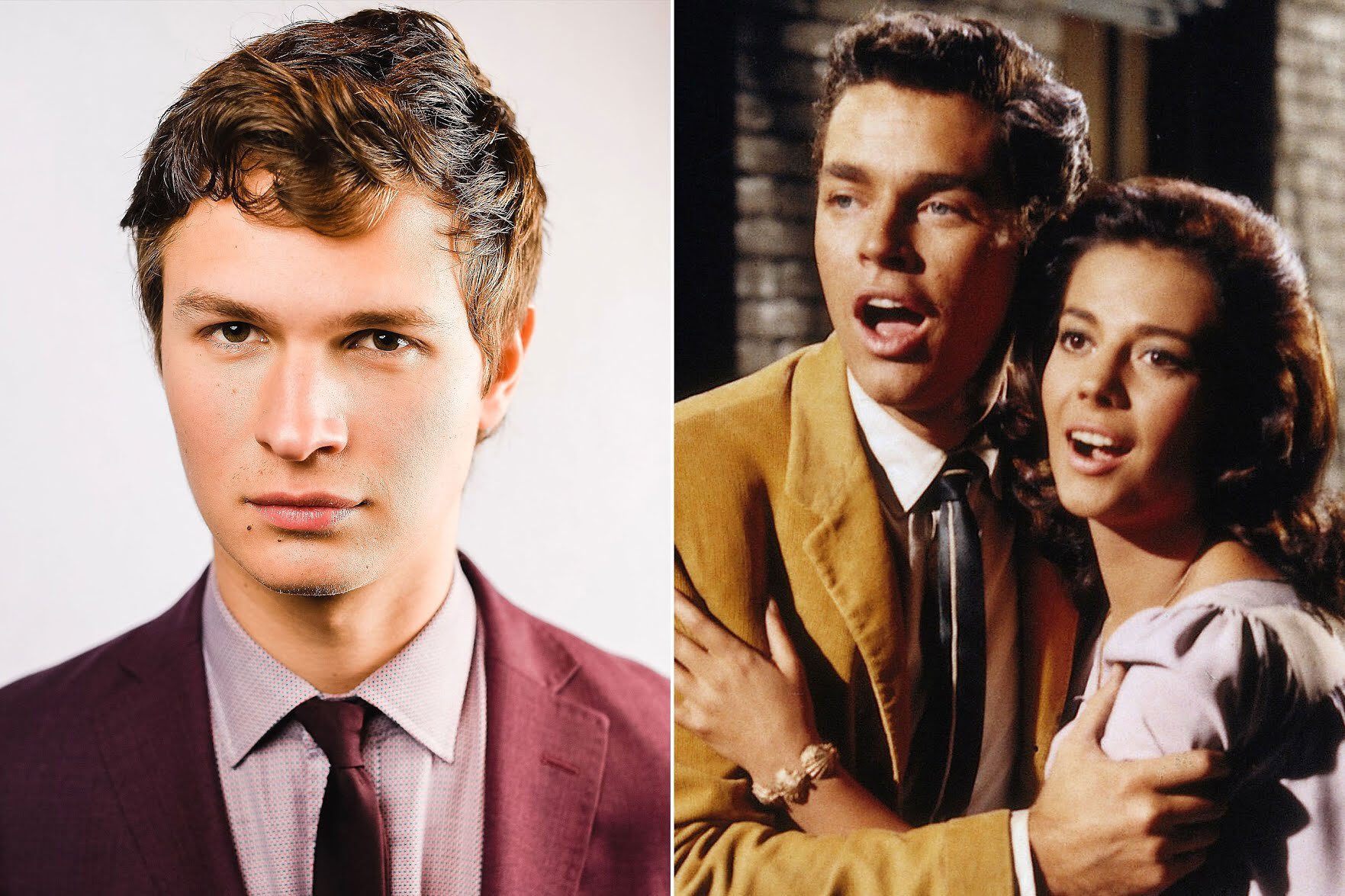 Yes, you read that right.

Steven Spielberg directing a musical. It’s not even an original piece or a new musical from Broadway, this legendary sci-fi adventure director is taking on a MUSICAL that won Best Picture.

I just want to know why? What’s the point of remaking a classic such as this one? This film meant so much to so many people and it was it was an incredible moment in Oscar history when Rita Moreno and George Chakiris won for Supporting Roles in the film. Robert Wise and Jerome Robbins also won for Best Direction that year. So why are you touching a classic?

Steven Spielberg signing on for this project makes absolutely no sense and I’m still having trouble believing that he truly plans on ruining this in every way possible. Then the news today broke out with Ansel Elgort playing Tony. To be perfectly honest, Tony has always been my least favourite Jet and I never cared for him, but now casting Ansel is just ridiculous.

There’s no need to make West Side Story relevant to this generation by casting new actors that the younger demographic can relate to. The story will always be relevant because nothing has changed in America. The divide is still EXTREMELY CLEAR in the United States as the President wants to exclude the Latino community in every way possible. So there really is not point in remaking this film in order to hold a mirror up to society because nothing has changed.

Steven Spielberg is literally doing this for kicks because he has never dipped into the musical genre. I get that this man can do anything he wants at this point but WHY DO A REMAKE?

If you’re casting Ansel Elgort, I’m already not going to take this seriously because I know for a fact that Camilla Cabello is going to be cast as Maria and this is the future of film. This right here is the start of the end, if we start remaking past Best Picture Oscar winning classics, then what’s the point of original content?

“The visual language of this film enhances the experience of the situational thriller because of the choices used for violent or graphic scenes. Shyamalan uses unique framing compositions and extreme close-ups to shift the tone inside the cabin. The camera angles used during fights or sacrifices place the viewer in a vulnerable position which isn’t conventionally used. Furthermore, Shyamalan doesn’t show some of the graphic kills. Instead, he moves the camera away while you hear what’s happening. The reason why this is a good thriller is because of the atmosphere that is created surrounding the characters in the story. There is no depth to any of the characters, and the biblical parallels are kept at the surface level, as we’ve seen it all before. However, Shyamalan’s unique vision makes it engaging.”
My second day of screenings was a success! ✨ #Sundance2023 click the #linkinbio👆 for my full coverage ☺️
#Sundance2023 has started off on a high note! ✨ click the #linkinbio👆 for my full coverage ☺️
“As the film goes on, #M3GAN adapts to her surroundings, and she becomes closer to Cady. She understands what she wants and how to help her through anything. The more intimate they become, the more overprotective M3GAN gets. Anything said against Cady would irritate her, and this is where she starts to change. #GerardJohnstone’s direction for M3GAN all came down to the subtlety of her glances and how she would pick up on conversations. That is what made the character intriguing. The way Johnstone would lead up to the kills worked well, but it didn’t feel as creepy as it should have. It could be because the humour and anticipation were more interesting than the kill. The combination of young #AmieDonald physically playing M3GAN while #JennaDavis voiced the character was impressive. They did make a unique character with a strong story, which should be the main takeaway here.”
Arrivederci 2022 ✌🏼 the highs were high, and the lows were low, but I had an incredible support system that got me through ♥️ wishing everyone all the peace and happiness in 2023! 🥂
“Manuel Torres (Diego Calva) and Nellie LaRoy (Margot Robbie) met one fateful night at a party. Torres worked with elephants for the movies, and LaRoy is a star waiting for her big break. At this one party, things changed for both of them, and in a way, they navigated the silent film era together. One thing about Hollywood is that the highs are high, but the lows are low. The drugs, parties, and alcohol aided the crushing reality of how insignificant they felt in the grand scope of Hollywood. This is also applied to Jack Conrad (Brad Pitt), who was at the peak of his career. Chazelle emphasized the extraordinary parties to show the emptiness in these characters. Each had something missing, and cinema filled that void for them. Whether they were in front of the camera or behind, it completed them. However, the ego does get in the way, and actors are fragile people.”