In light of the new Dark Phoenix trailer that dropped Thursday at midnight, I wanted to reflect on the X-Men franchise as a whole.

The original trilogy that was released in the early 2000s was something special for 20th Century Fox because Marvel Entertainment had sold them the rights to the X-Men characters, as well as Elektra, Daredevil and Fantastic Four. During the same period, Marvel also sold the rights of Spider-Man to Sony.

Marvel knew that comic book films were in demand and with the reception the X-Men got from audiences, they knew they were about to explore so many other options. The X-Men trilogy was left in the hands of 20th Century Fox and I am so grateful that we were able to get the X-Men in all their glory, for the most part. The X-Men franchise may have had some issues, but they corrected themselves along the way.

Looking back at the cast of the X-Men, you had some pretty remarkable actors who created their own versions of these characters. We look back at this cast and we find it hard to believe that they were all together in this franchise. We had legends like; Sir Patrick Stewart as Charles Xavier, Ian McKellan as Magneto, Halle Berry as Storm and Hugh Jackman as Logan aka Wolverine. All of them took this seriously, they took a chance with a comic book film and they were all dedicated to these characters.

The reason why the first X-Men trilogy was awesome, was because of Hugh Jackman’s Wolverine. People loved him so much that they even gave him an Origins trilogy. Unfortunately, they weren’t very good but it didn’t matter because everyone loved Wolverine. It was a bonus because it lead them to make Logan, which is still one of the best cbm’s in history. It was also a perfect sign off for Hugh Jackman after 14 years. That’s the issue with these sequels, sometimes the company gets greedy and they create spinoffs that were not needed in the slightest. Wolverine Origins also gave us the most inaccurate depiction of Deadpool, but thankfully Ryan Reynolds was adamant about fixing Wade.

I enjoyed the X-Men trilogy. The first two were pretty solid and then The Last Stand happened. No one I know enjoyed the events that unfolded in the final instalment of the trilogy because of how they handled Jean Grey. Famke Jansen’s portrayal of Jean has always been spot on and I personally feel they did not do her justice. Jean Grey has immeasurable power, she is literally the most powerful mutant and they just threw her storyline away. After The Last Stand they focused on Wolverine because of how well he was doing, but no one, NO ONE, forgot what happened in The Last Stand, go ahead and ask the comic book fans around you, they will tell you exactly how they feel about it.

20th Century Fox wanted to correct  their mistake with The Last Stand, the backlash was ridiculous for a pre-twitter environment. People never forgave them for it.

Until they came up with an idea.

Why not make a prequel?

Why not show a young Charles and Erik?

This was the best idea they could have ever come up with because they cast two of the most brilliant actors of our generation. James McAvoy and Michael Fassbender took these two roles so seriously, they would study Patrick Stewart and Ian McKellen’s mannerisms and accents in order to get the younger version of their characters right. 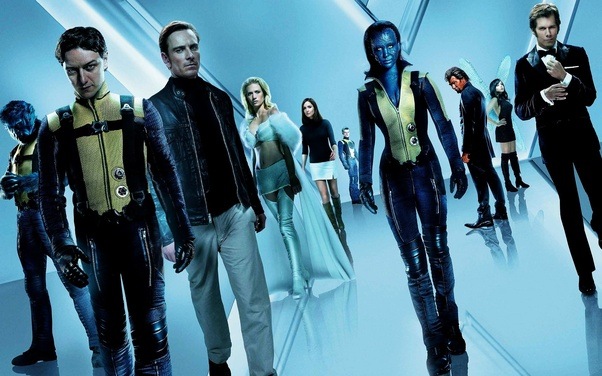 The prequel trilogy of First Class, Days of Future Past and Apocalypse were films that explained each characters backstory and also fixed many issues the original trilogy faced. The main issue is the timeline from X-Men: The Last Stand. Something that Days of Future Past did right, is correct the timeline and it completely worked in their favour. The prequel trilogy is possibly better than the original trilogy and most comic fans are okay with how it worked out because we have 4 dedicated actors covering the most powerful beings in Marvel history. Even if you didn’t enjoy the franchise, you have to admit that Fassbender, McAvoy, McKellen and Stewart did not disappoint and definitely delivered.

The other reason why many people identify with the X-Men and feel so connected to their world, is because they are accepting of everyone and don’t exclude those who are different. Instead, the X-Men and Professor Xavier’s School for Gifted Youngsters celebrates these differences.

Yes, they are all mutants.

I know it may sound odd, but everyone who has felt like an outcast their whole life, can identify with feeling that way, and the one thing the X-Men celebrate, is being different. Whether you read the comics or watched the films, the X-Men will always be unified because of their differences and I think that’s something lovely to share with the world.

X-Men: Days of Future Past does not get the credit it deserves. It is the best film out of the prequel trilogy because it parallels the society we live in. People are so terrified of those who are different, that society tends to send them away instead of accepting them or try to understand their way of life. People exile them, treat them so poorly and they continue to strive, resisting society’s social constructs and having their voices heard. This film showed that and maintained to correct the timeline.

The X-Men franchise explains issues in society by using the mutants storyline, they are different and society avoids listening to those who are different. It’s pretty simple and it makes a solid connection to the human condition. The X-Men may have been shafted because of that other team, but really look back at this franchise and take notice of what they did.

Dark Phoenix is coming out February 14th, 2019 and I’m very excited to see Sophie Turner’s version of Jean Grey shine. Her standalone has been long overdue and the trailer is really giving me hope! Since this is the end of the X-Men franchise (under to 20th Century Fox), I plan on doing a full marathon leading up to Dark Phoenix, because it truly is the end of an era. After almost 16 years, Fox has to say goodbye to the X-Men and so do we.