Damien Chazelle’s filmography has two original feature films that he wrote and directed. It was very surprising to see him go a different route with a generic biopic. Not only was First Man a box office failure, taking the 3rd spot to Venom and A Star is Born, it felt like a failure for him.

Whiplash was a very strong debut and was an independent film that made it to the Oscars with a total of 5 nominations and 3 wins, including Sound Mixing/Editing and Best Supporting Actor for J.K. Simmons. Whiplash was such a decadent piece that explore jazz and the beauty of live music, but it also showed ones determination and passion to reach their goals. It’s a powerful film that has stayed with me for a very long time and I’ll always remember where I was and how I felt when I watched it. 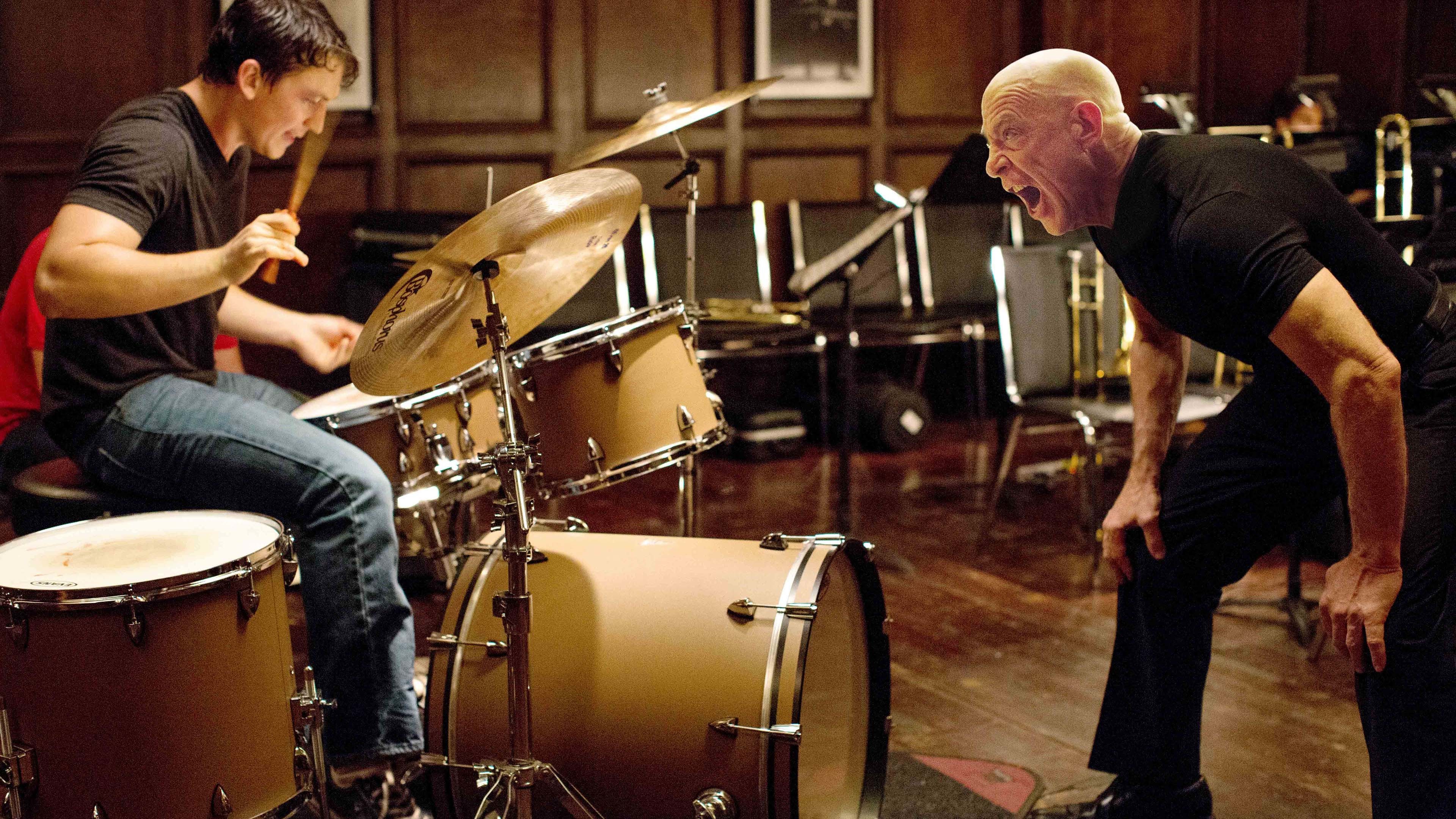 Chazelle instantly became one of my favourite directors after Whiplash and that was just his feature debut. I say Whiplash is a strong film because of how unique it is and how he made some bold choices, especially directing, editing and mixing live musical pieces. I knew to watch out for him in the future because of his directorial style. It was fast paced, vibrant, emotional and exhilarating. When I heard La La Land was his next film, I was beyond excited because no one else has been bold enough to make a new age musical. La La Land was special to me because I grew up watching the old MGM musicals and he took so much from each of them. The theme of reaching your goals was also evident in this one, but it didn’t pack an emotional punch like Whiplash because the romance got in the way. La La Land was a strong second film and I loved it because he was bold enough to make a modern day musical and incorporate his style of filmmaking to create something incredibly fresh and memorable.

Damien Chazelle won his first Oscar with La La Land and to this day I don’t understand why he did. Considering Barry Jenkins and Denis Villeneuve were both nominated in the same year for Moonlight and Arrival, two of the best films to come out that year. Jenkins was the one who took the risk with his film and thankfully Moonlight changed the game and won Best Picture that year. After Chazelle won I feel like it changed him. I feel like doing a biopic right after a win like that sucked him into the world of making pictures for Oscars and that’s not what filmmaking should be.

First Man was as generic as they come. Yes, his visuals were beautiful within the last 20 minutes of the film but it doesn’t make up for the bland and lifeless 2 hours before it. Everything I saw, apart from his emotional trauma with his daughter, I knew and could have read online. 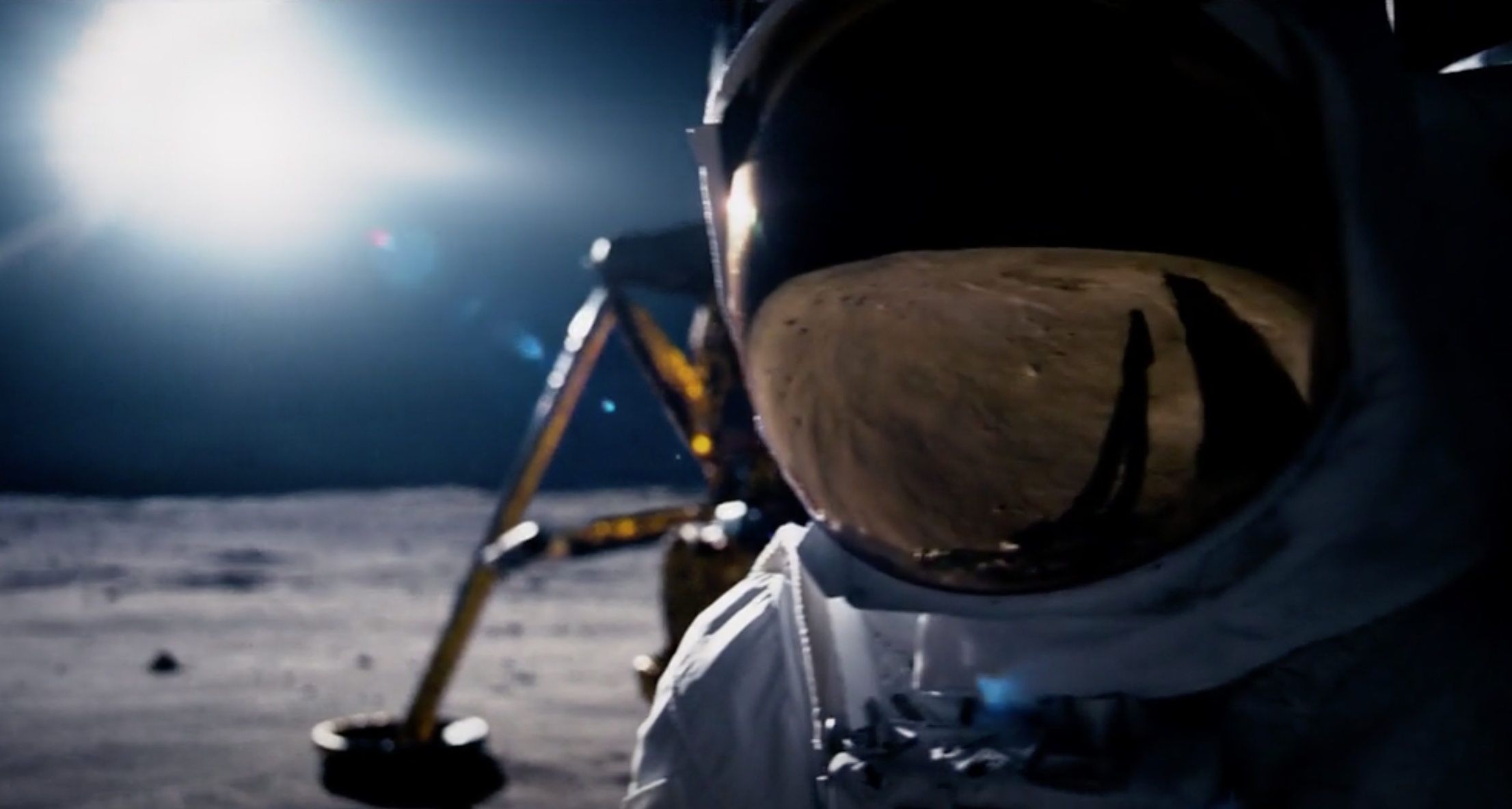 I wanted Chazelle to focus more on how it affected Armstrong and how he coped with it, at the end of the day he had to dramatize something and I don’t think he did enough.

I wanted Gosling to soar with this film. I understand it was an internalized performance but it wasn’t enough for me. There also wasn’t enough of Claire Foy, she was under used and there was literally nothing for her to do. Even the conversations between them were way too reserved for husband and wife, especially after that kind of trauma. Again, if that’s the way it happened in reality, he should have picked something else.

In a biopic you have to choose the focus of the story, especially if it’s as well known as this piece of history. You can focus on Armstrong’s life, but what not really go into how he dealt with this emotional turmoil. If he actually did turn off his emotions the way he did, then how did you think this would have been a good angle to take, while simultaneously making the rest of the film lifeless.

Nothing grabbed my attention in this film. Every time I thought the visuals would be next level and I would enjoy the scene, Chazelle ruined it with the constant shaky cam in the cockpit. There’s a reason most directors stay away from shooting the cockpit in distress and it’s because it’s nauseating for the audience to sit through, I literally left with a migraine. 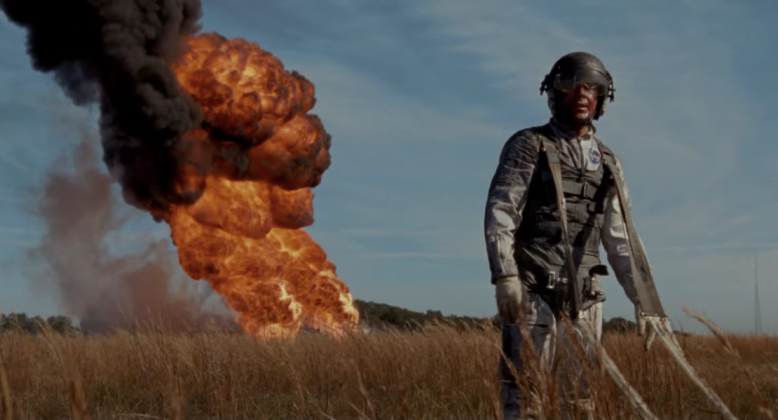 As a huge fan of Chazelle’s I knew this biopic was a risk for him because his comfort zone is being able to play with the story and play with the camera. Taking on someone else’s story is difficult because you don’t have control over their life, it has to be accurate and in this case it has to be historically accurate. I feel like he was restricted in telling this story and the visuals did’t match any of it.

After watching this film, I’ve noticed that people were comparing it to other films. Films like 2001: A Space Odyssey, Interstellar and Gravity were all fictitious and were able to actually explore space in a different way. Films like Apollo 13 and The Martian were both biopics and both managed to make the content interesting. So please tell me how First Man is not on the same level as those films? We can compare, but don’t tell me Chazelle’s film is even in the same league as the ones I listed above. That’s how you can tell if it’s good or not.

There is a standard for films that deal with space exploration because it’s the only thing general audiences have no knowledge of, we have no idea what space actually looks like, so to come up with ways to impress audiences is the right way to go.

First Man is a film that people will instantly forget and it has nothing to do with it being bad, it’s forgettable because it’s mediocre and blends in with the rest. If we compare First Man to the rest of Chazelle’s filmography, it’s a failure because his creative freedom was restricted.